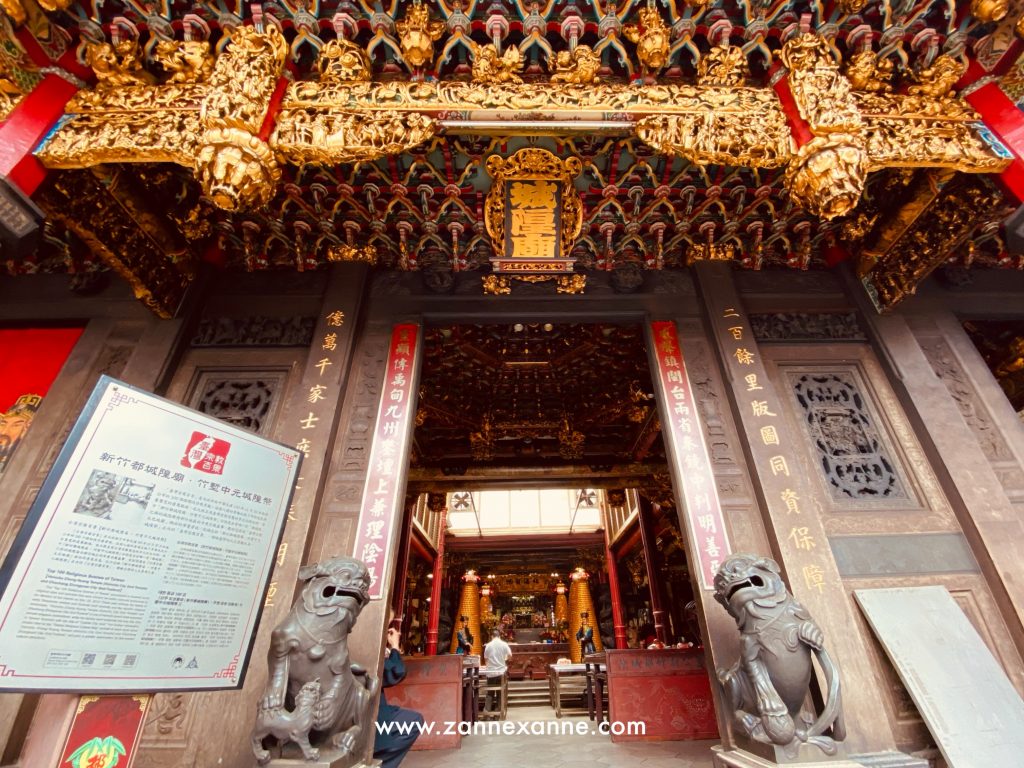 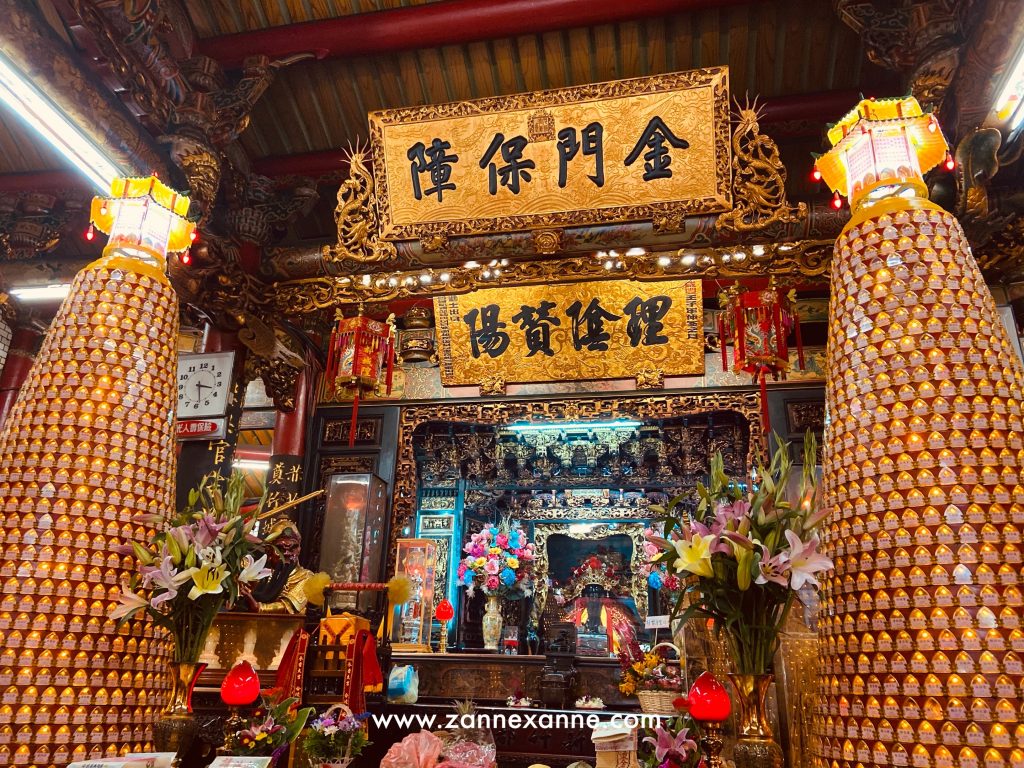 People often visit Chenghuang Temple (城隍庙) to pray for better lives, health and to avoid flooding and drought. The temple seems to gain popularity by answering the prayers of the faithful worship. Believer may buy some tributes from the stalls in front of the temple during the prayers too. 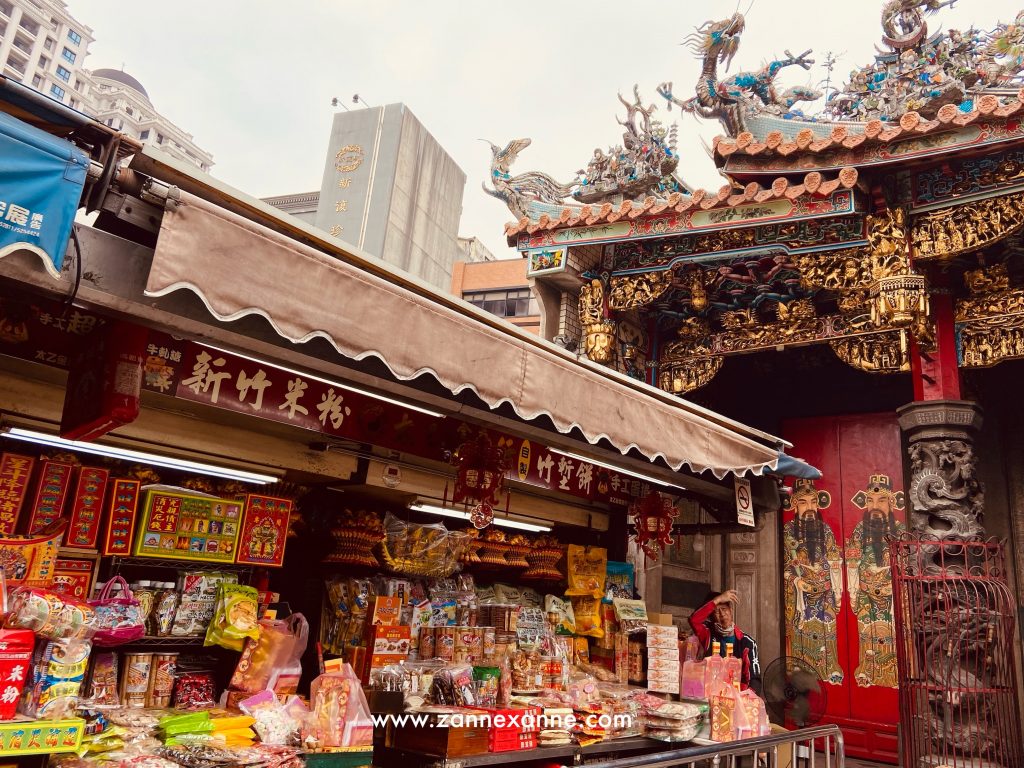 Chenghuang Temple (城隍庙) dates from 1644-1911 and the renovation was under Japanese rule added many works by renowned artist of the time, including stone & wood sculptures, dragon columns, bluestone of guardian lions, door gods, a plaque from the Emperor, couplets and octagonal caisson ceiling in the Sanchuan Hall. Each piece of designs are meticulously made and having great artistic value over the years. 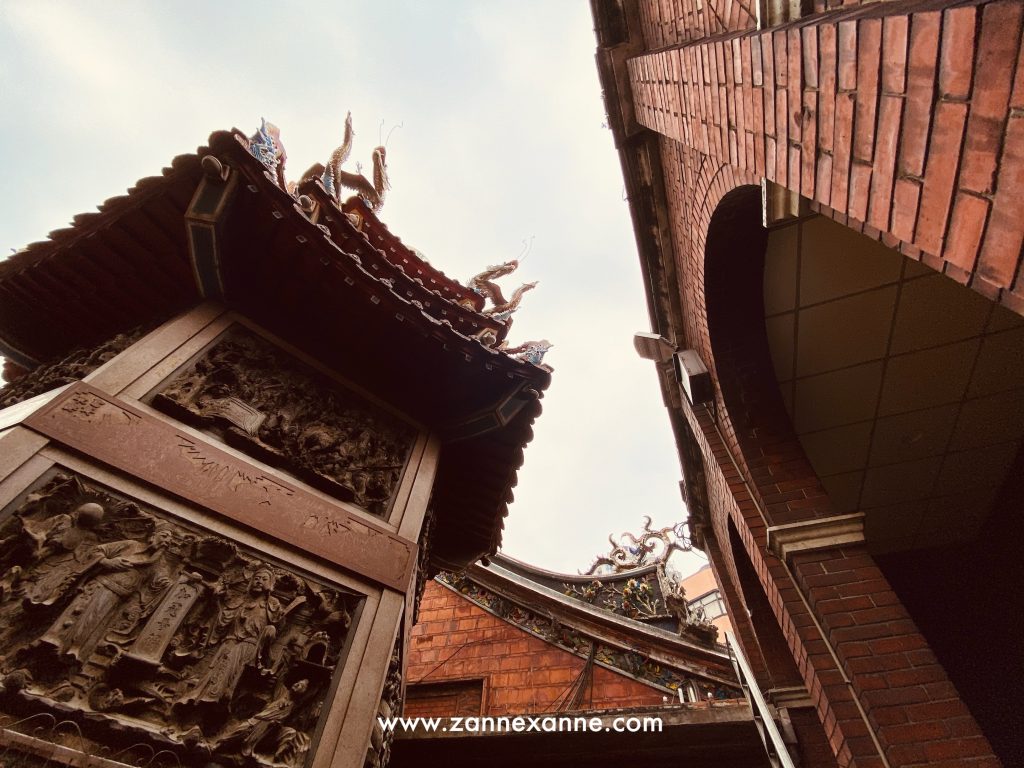 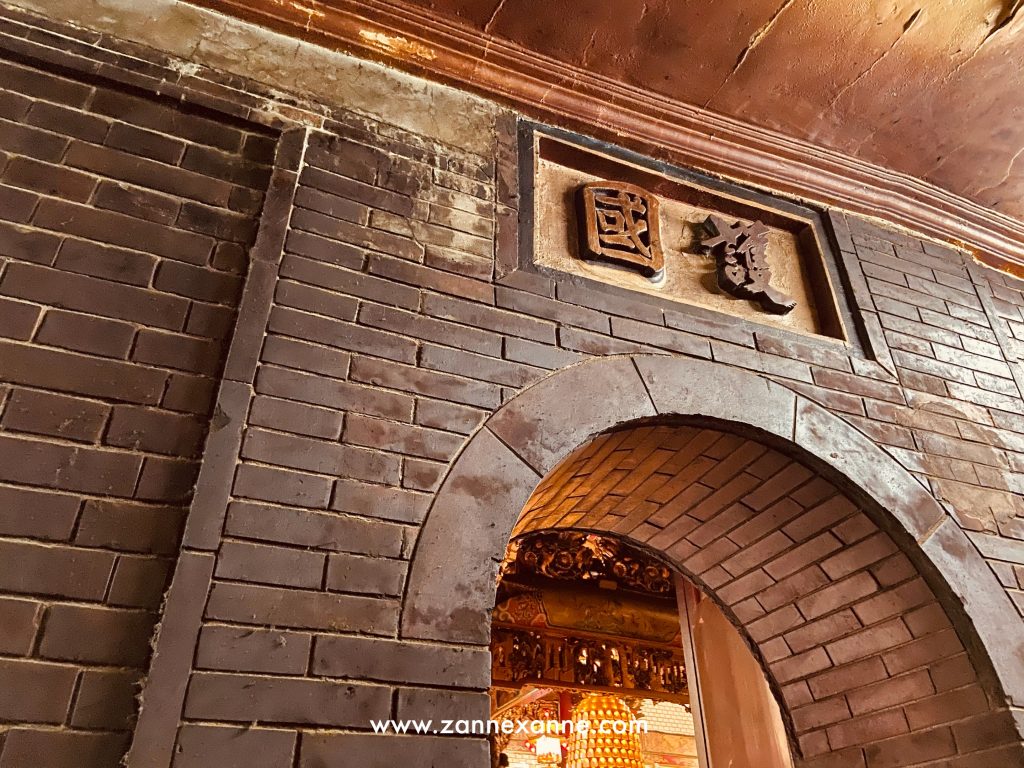 Chenghuang Temple (城隍庙) is also an interesting and fascinating temple that has 12 festival celebrations in a year. Among the festival celebration, Chuchang Zhongyuan City God Festival, the confession and blessing ritual are the famous festival in Chenghuang Temple (城隍庙) among others. There will be a parade going on the street of Hsinchu too during Chuchang Zhongyuan City God Festival. 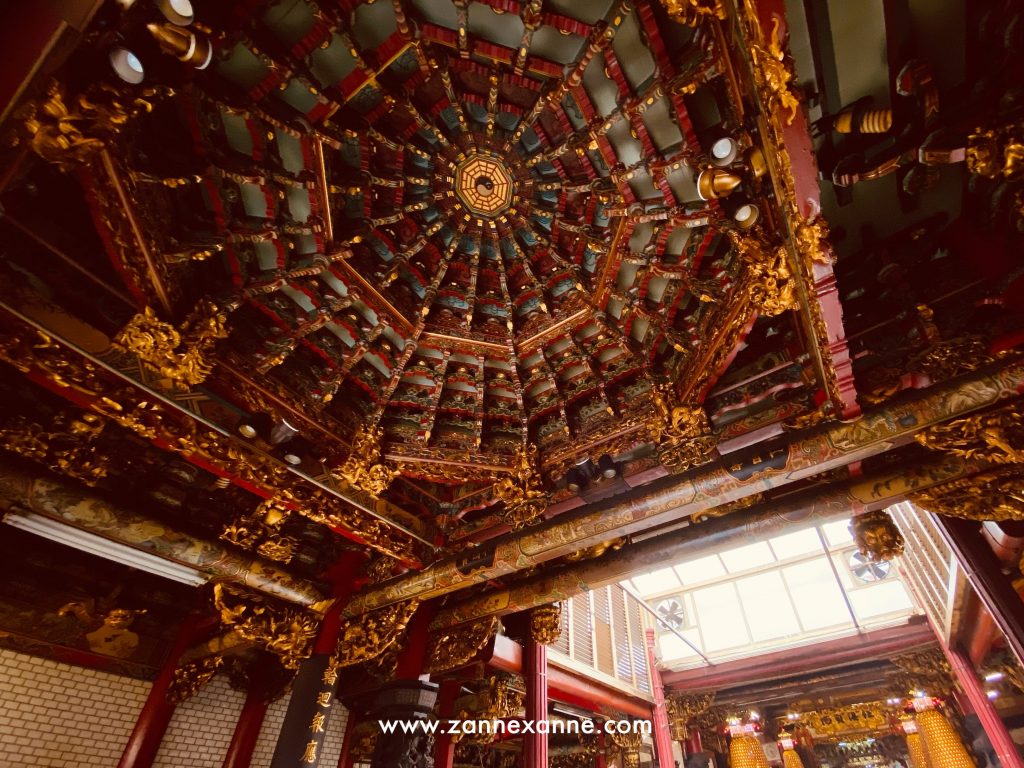 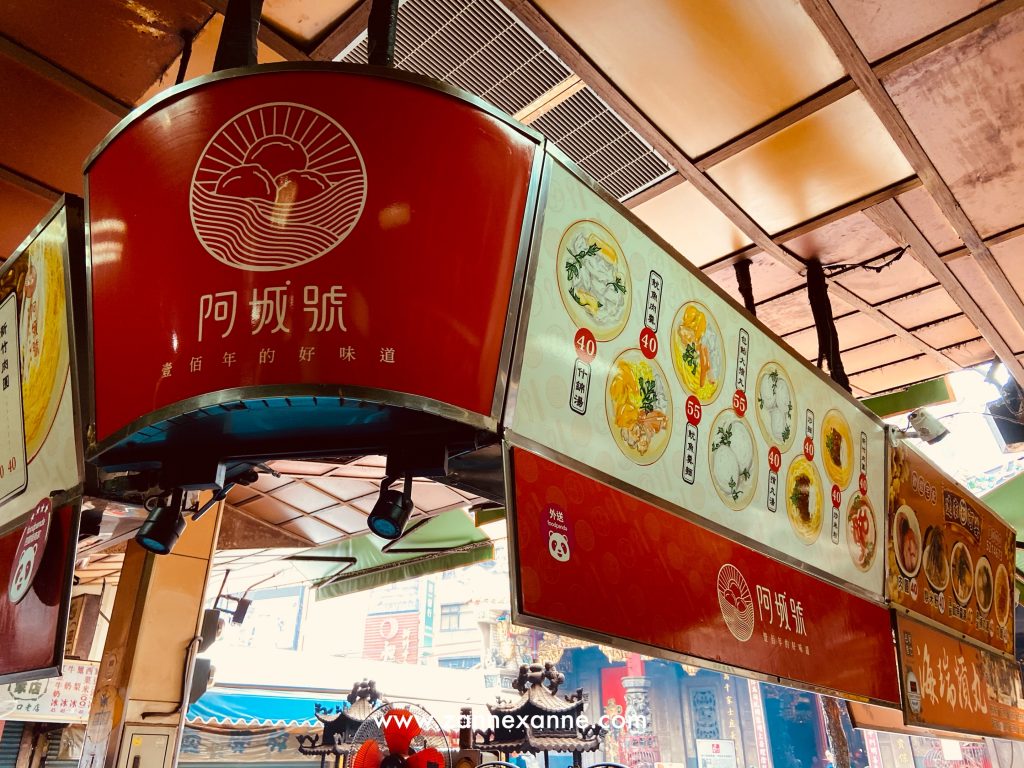 Nevertheless, you may try another hawker stall for the similar fish ball soup and Hsinchu’s vermicelli noodles at Yuan Zu Lin Geng (元祖林羹). 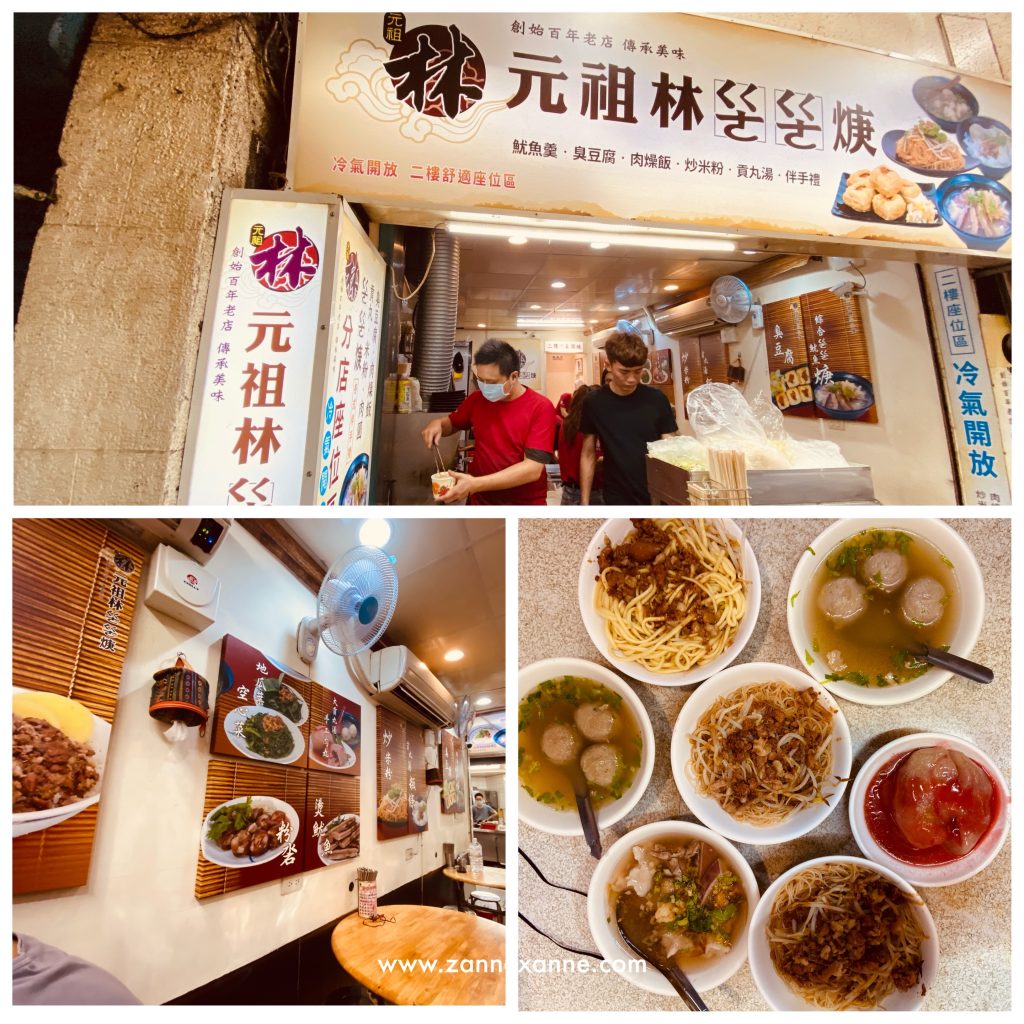 Remember not to forget to try one of the famous and long history of pancakes at Yuan Zu Run Bing (元祖润饼) since 1906 too. 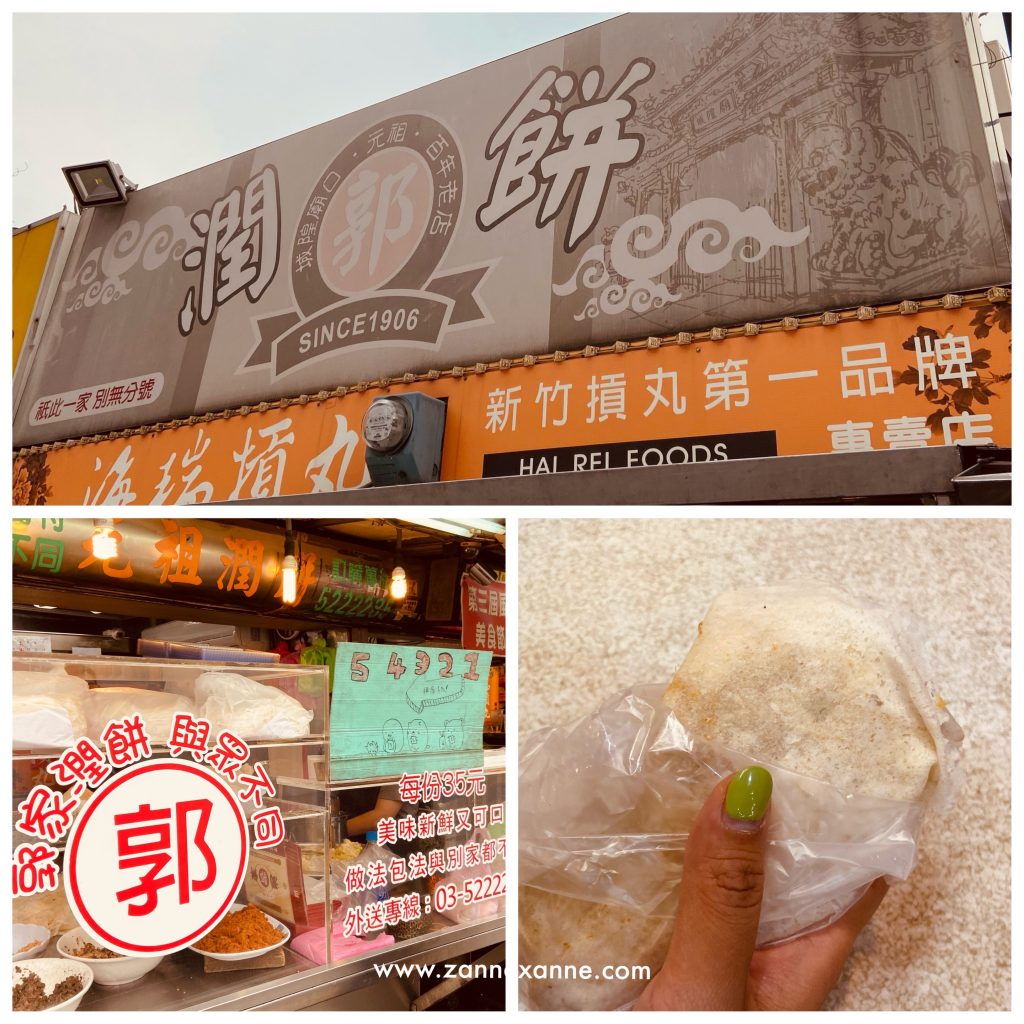 Chenghuang Temple (城隍庙) is located inside of Hsinchu market and visitors are required to walk through plenty of hawker stalls before reaching the temple itself. It was less crowded during COVID 19 pandemic, hence some of the stalls were closed. Nevertheless, it’s a fascinating trip for me where I can explore the history, art & culture of the temple itself, and also got to try their local signature food around Chenghuang Temple (城隍庙) with reasonable price too!

Owning a musical instrument is one of my childhood dreams despite it was a piano...

During my previous visit in South Korea, I received a few samples and free gifts...

Discovered this lovely hidden heaven lately from Instagram where you can relax and find tranquility...

Recently, Mr So has received this free gift Sony WH-H910N Wireless Headset and I’m going to...