Phuket Vegetarian Festival is one of the interesting annual festivals that have attracted people from worldwide to participate in such a meaningful event. According to their believe, Phuket Vegetarian Festival is a nine days event which celebrated by the Chinese Hokkien descendants across the island for the purpose of physical well being, spiritual cleansing, conferring good luck in the future and ensure of the prosperity and long life. In Penang (Malaysia), we have such similar Vegetarian Festival as well which mainly celebrated by the Chinese Hokkien descendants during the ninth Chinese lunar month. 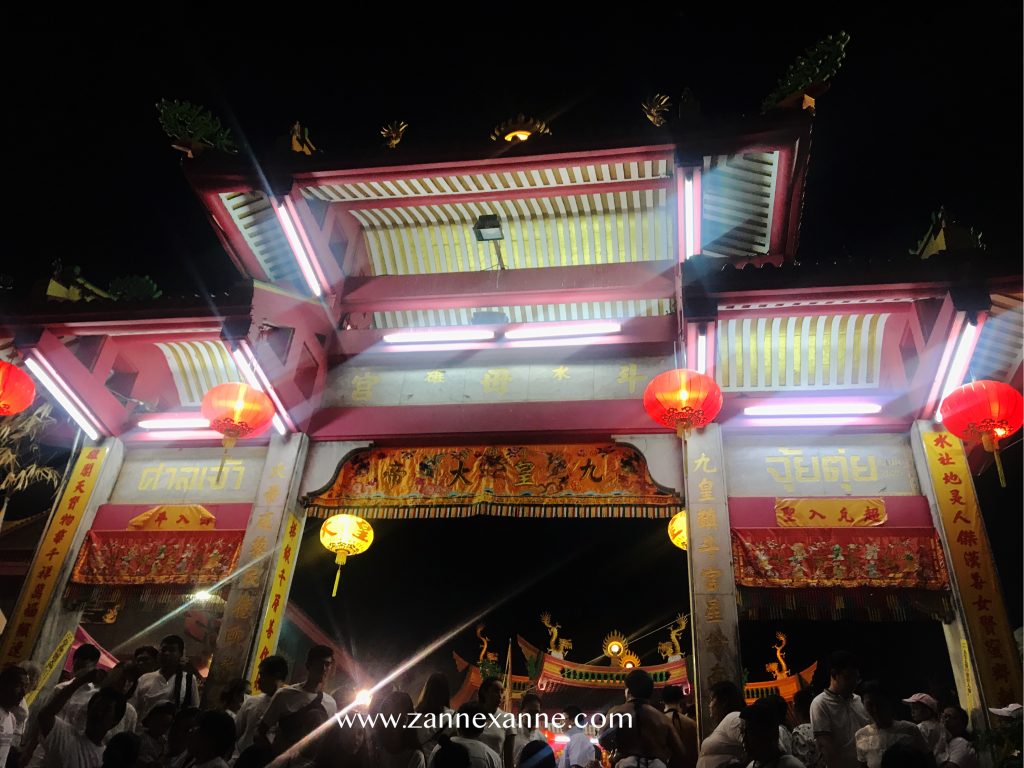 Although the origin of Phuket Vegetarian Festival is unclear, the locals believe that the festival was brought into Phuket by the Chinese Opera troupe who fell ill with malaria while performing on the island. They began to influence the locals to abstain from eating meat and pray to the Nine Emperor Gods for a period of 9 days during the ninth Chinese lunar month. Soon, they recovered their health and the practice has widely been accepted by the Chinese community on Phuket and this festival has been passed down from generation to generation until now. 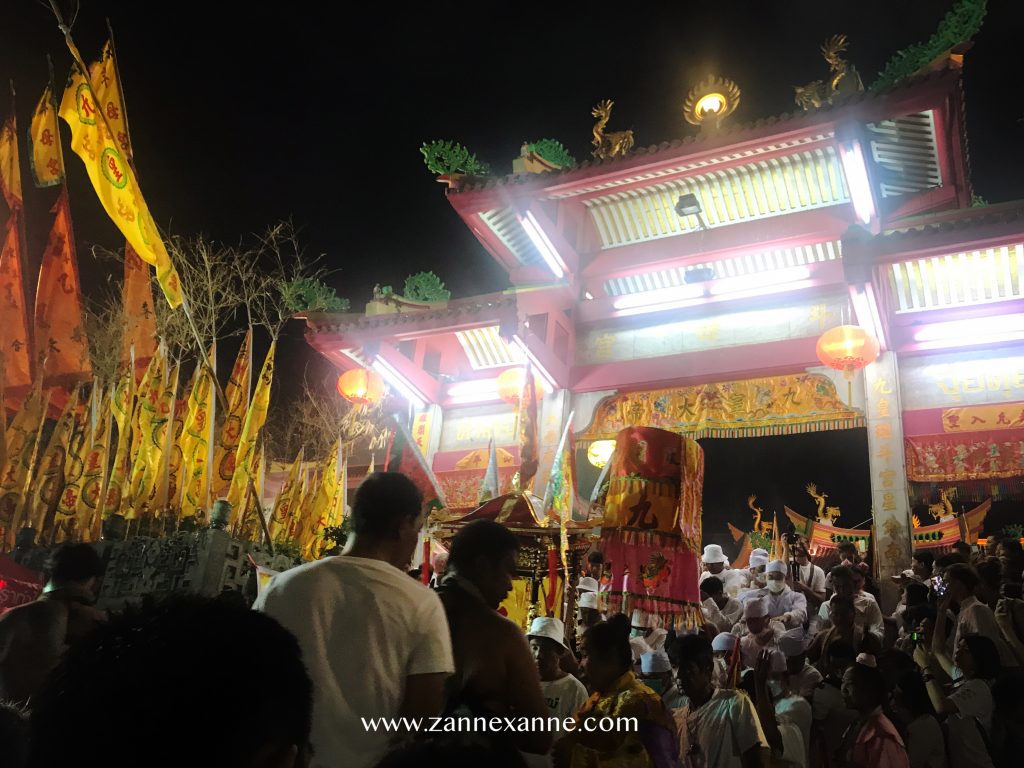 The vegetarian food can be found around the island where the yellow Phuket Vegetarian Festival’s flags fly. During the nine days, there is a night market along Ranong Road filled with hundred of vegetarian food stalls and vegan restaurant stretching along the street. They adhere to the strict vegan diet where meat and alcohol are prohibited. In addition, some ingredients such as garlic, onion and dairy are prohibited as well and the food has to be prepared with clean utensils. 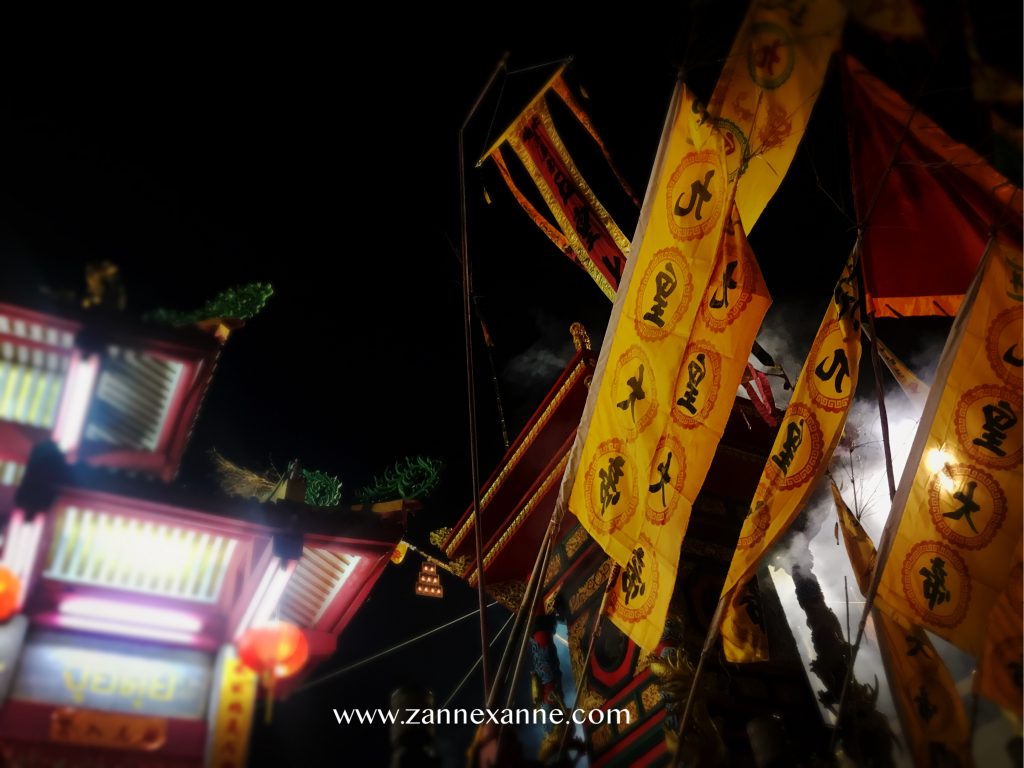 One of the exciting highlights of Phuket Vegetarian Festival is the Night Procession in Phuket Town. Some of the Chinese shrines are involved in the street procession and they will begin to pass through each shrine since the first day of the procession. There will be plenty of firecrackers and fireworks along the street too in order to welcome the Gods from each shrine. Furthermore, you may have the chance to see the face and body piercing and fire walking going on too during the night procession.

Here are some advises if you are planning to visit Phuket Vegetarian Festival: 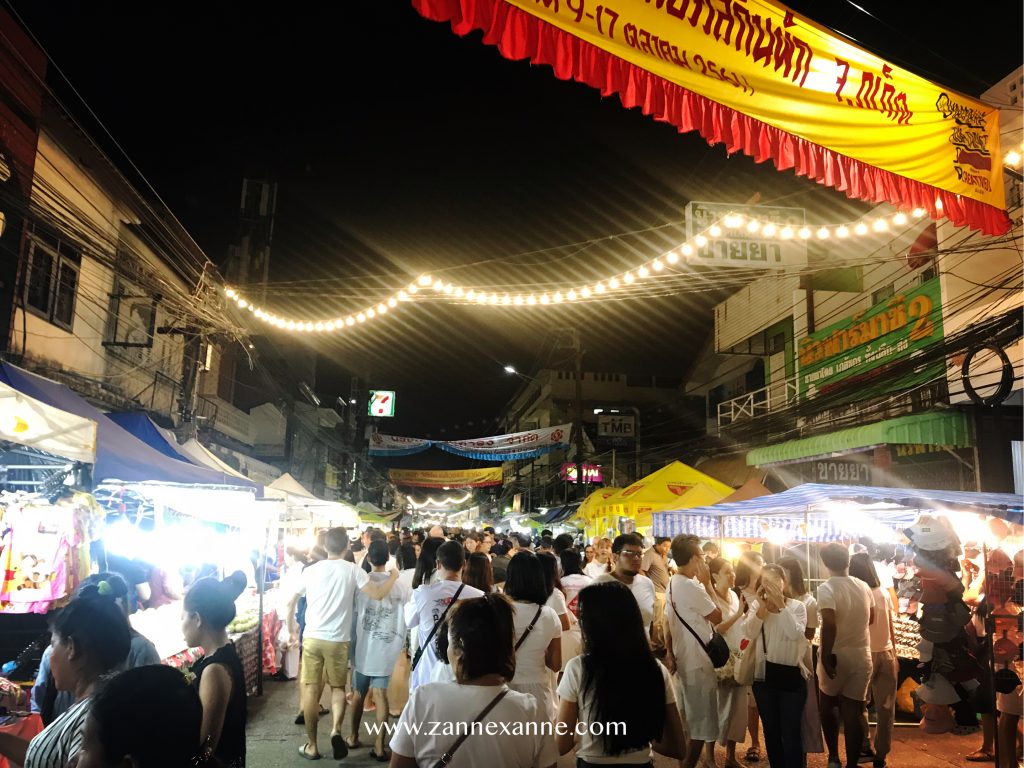 I never have the chance to participate in any form of the vegetarian festival before in Malaysia. However, this is really a fresh of breath air for me as I got the opportunity to watch the fire walking show with my own eyes! It was really a thrilling yet exciting experience, although I don’t manage to catch the body piercing and sword licking show. There’s blood on the pavements and fireworks flying from all directions, it was really a crowded celebration and everyone was wearing white on the day too!

There are many floating markets in Bangkok and it has became one of the unique...

Overlook the breathtaking Pacific Ocean, Qixingtan Beach 七星潭 is one of the lovely beaches located...

Lotus Vegetarian Restaurant is one of a leading Chinese vegetarian restaurant from Taiwan which provides...

Situated between Linshanbi 麟山鼻 to the south and Fugui Cape 富貴角 to the north, Baisha Bay...

It has been a year since my last trip to Jeju where I spent my...