The Clan Jetties are a part of the Penang Heritage Trail where all the houses on the water stilts are the best known attractions in Penang, Malaysia.They are owned by a group of Chinese families who stayed and fished there for a hundred years and one of the most crowded and popular clan jetties is Chew Jetty. There is a time where some of the families living together didn’t even speak to each other. Moreover, the residents didn’t have the basic amenities like electricity and water where they need to carry their water in kerosene tins from the main road in the early 20th century. 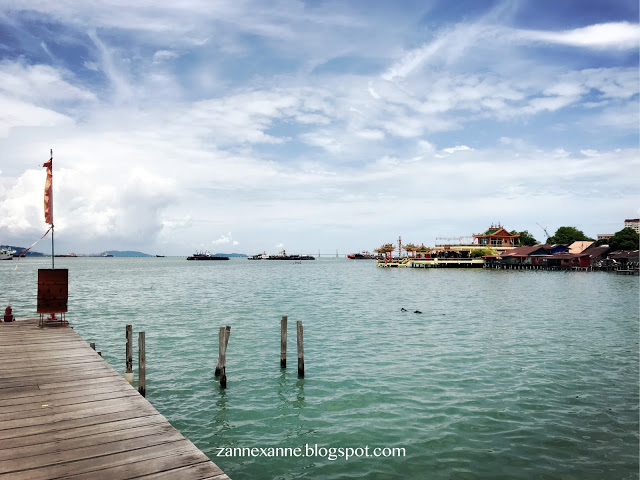 The government has provided a shelter to the residents while waiting for the arrival of cargo and sampan when the government first developed the jetties. However, as the time passed, the clan began to take over the jetties and converted the shed into a communal house. Hence, there are 7 clans still reside at the Clan Jetties such as the Lim, Chew, Tan , Yeoh, Koay, Lee and Mixed Surname. However, one clan was demolished by fire and now remain 6 of them.

Chew Jetty has a very strategic location and it’s located just off Armenian Street. It was an interesting walk along the wooden pave leading to the bay. Some visitors commented the jetty was too commercialised as the local residents are selling some food and beverage and souvenir there. From my point of view, seen the government has announced Chew Jetty as a part of the Penang attraction, the residents are just making some money as their living besides fishing. 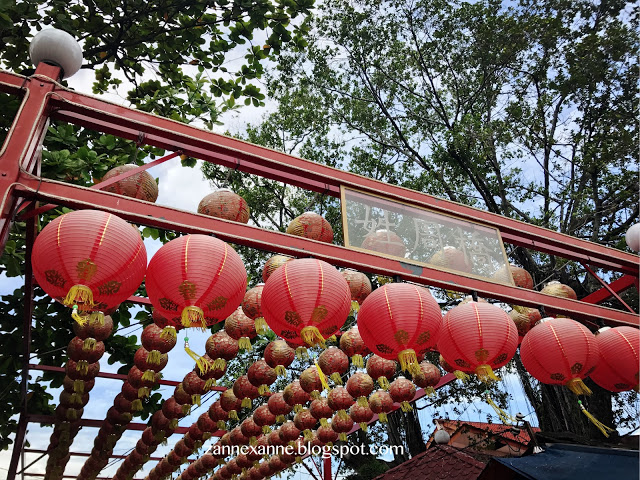 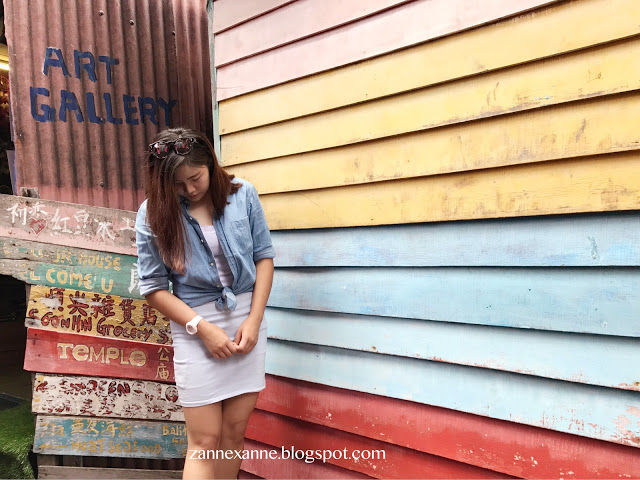 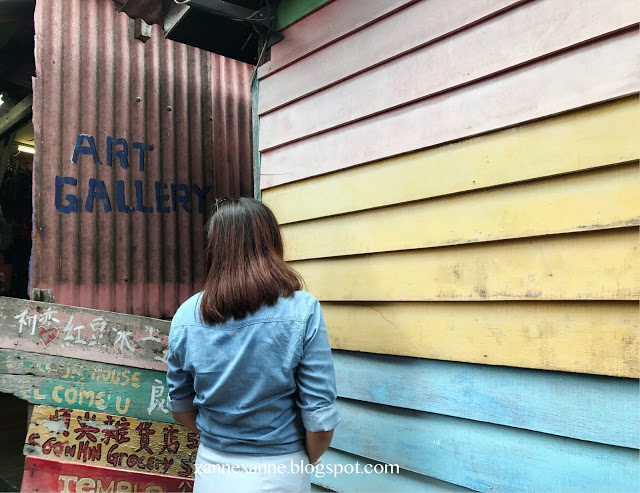 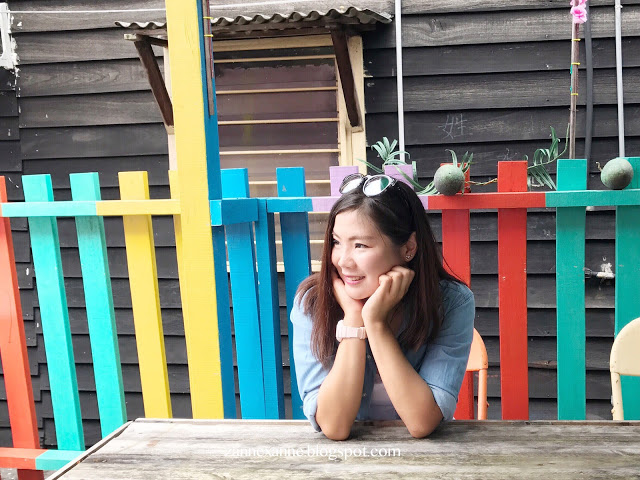 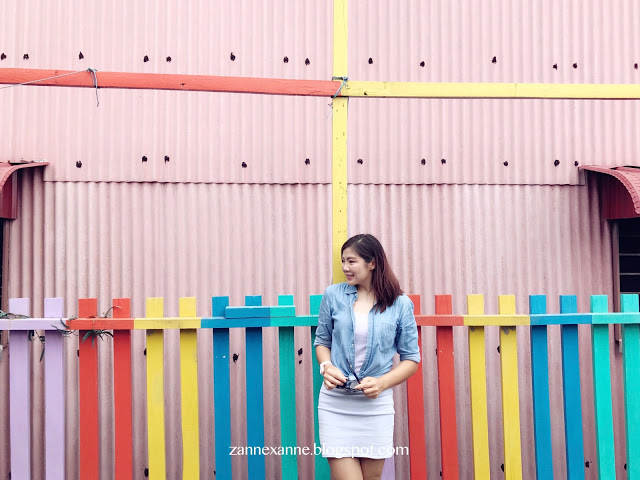 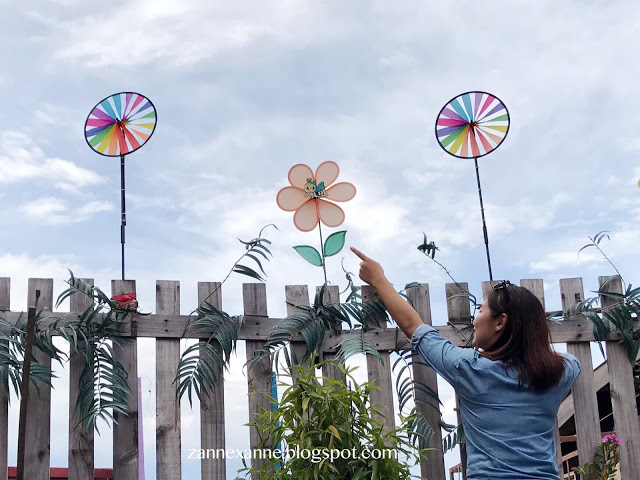 Most of the local residents are Taoism, hence there is a Chinese temple located in front of the jetty upon arrival. According to their believe, it is a guardian for the fisherman to ensure their safety on the sea. 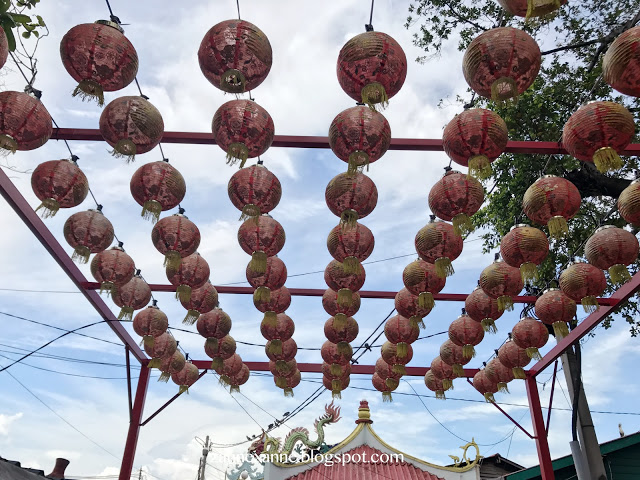 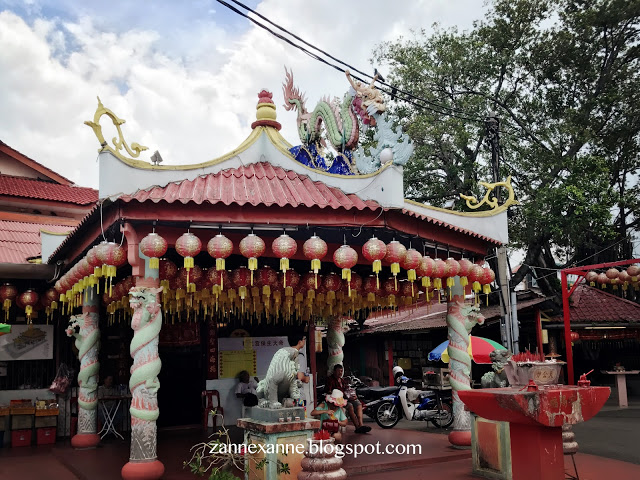 With the wide doors open, visitors manage to peek into the resident’s house and you can see a traditional Chinese décor and lanterns hanging by the sides of the door, main hall and a smaller red altar outside of the house to pay respect to the jade emperor. 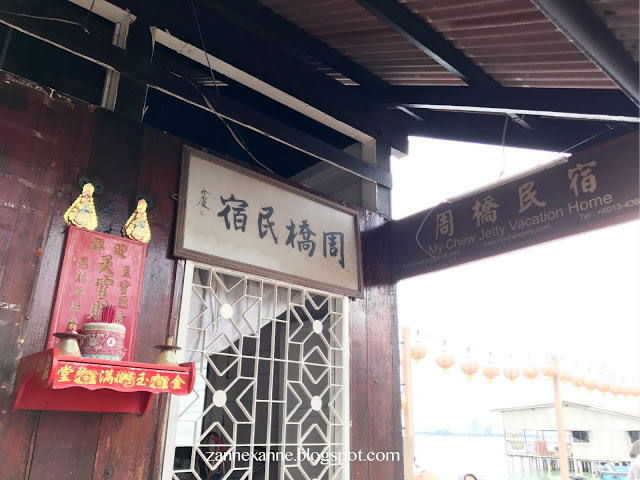 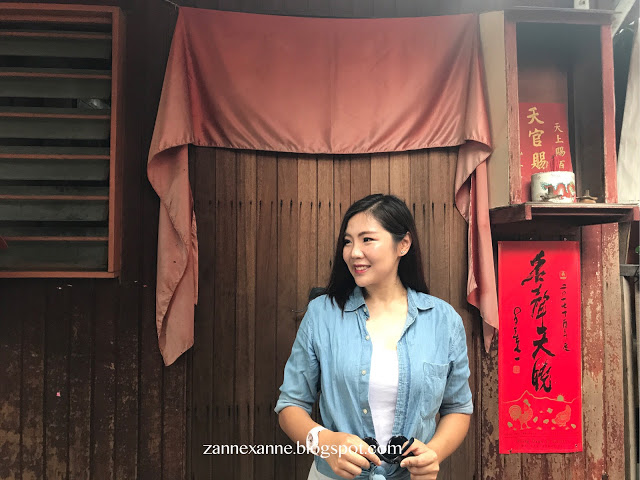 If you are a durian lover, don’t forget to try their tasty durian dessert and puffs at Dessert’n Smile which contains of original durian’s fragrance without any preservatives, colouring and flavoring. 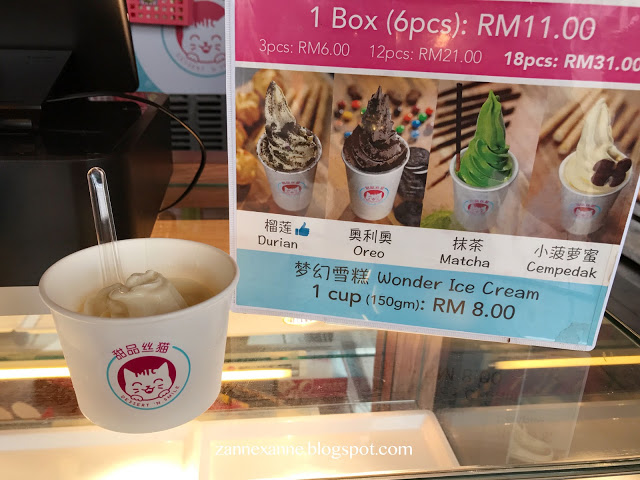 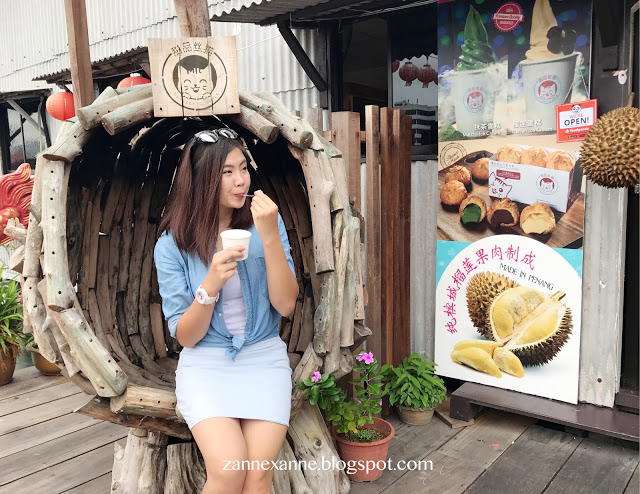 Not forget to try their Egg Shell Jelly with just RM1 to quench your thirst under the hot sun. 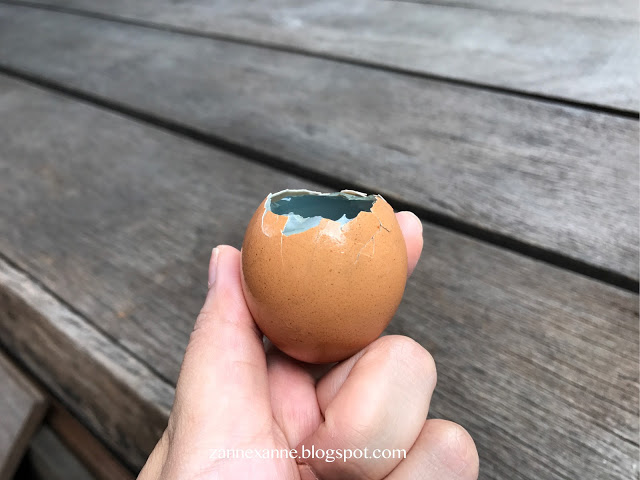 There’s another jetty ahead ~ Lee Jetty which used to serve as the only economical mode of transport for the local to get to the main island before the Penang’s bridge was built. 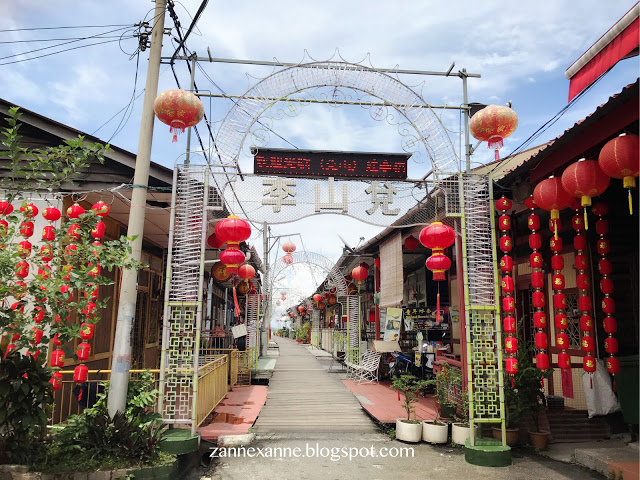 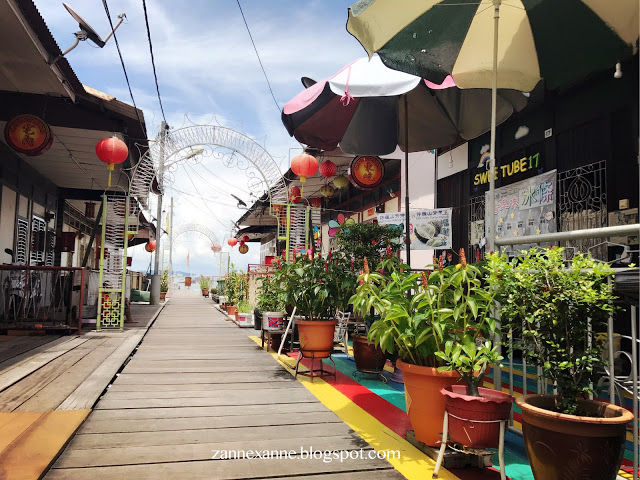 It is the fourth jetty from the north which located between Tan and Mixed Clan Jetty. They are the descendants of coolies who migrated from the village of Dui Shan Chan, in Tong Aun district, Quanzhou Prefecture in China during the 19th century. 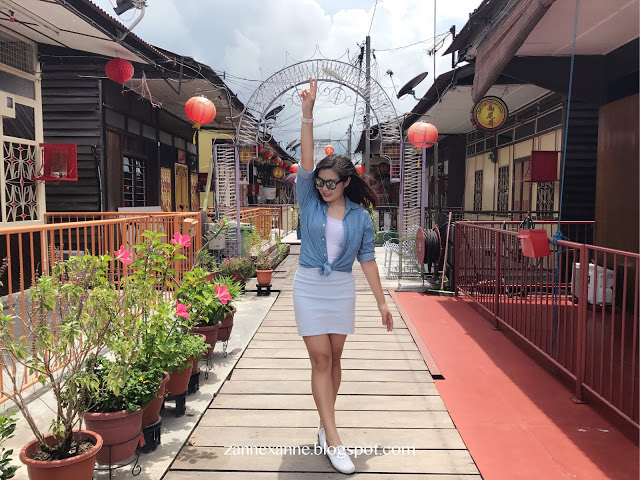 If you would like to take a look of the origin jetty, Lee Jetty is shorter and less commercialized compared to Chew Jetty. If you want to take a spectacular sunset shot with the turquoise-blue sea, Lee Jetty is less crowded than Chew Jetty. 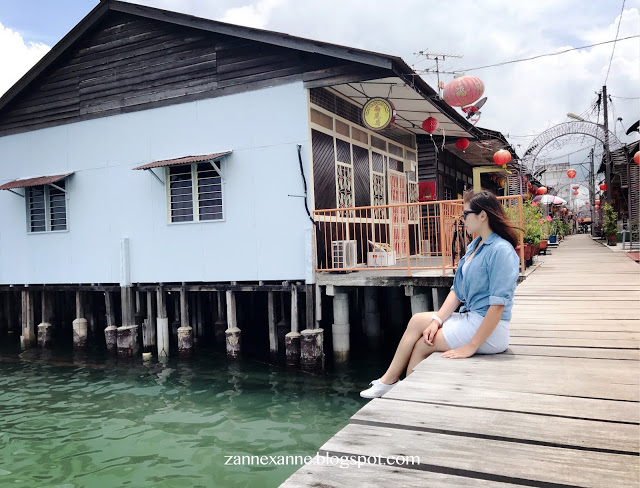 As the people still live around the clan jetties, please be respectful and mindful while visiting the places. Furthermore, you can spot a lot of the nice and delicious local Penang’s street food before entering the jetties as well. The area isn’t too big so it took us about an hour for these two jetties. These are the most popular jetties among the clan.

What’s your plan if your flight is delayed or you have to stay in Changi Airport for a...

Annyeong!! After a really long rest (I guess maybe 2 months) I’m back to my...

Most of the campsites in Taiwan cost from TWD300 to TWD1000 with or without reservation....

Here are a few things you need to know before visiting the “Land of Rising...

Finally, here comes the end of my Taiwan’s trip and we have been exploring the...

I have an imperfect eyebrows since my secondary school as I love to pluck them...

It was really a wonderful experience if you receive a creative handmade card from someone...

I’m feeling glad and lucky that I was able to serve my SHN at Swissotel...